More competitive than you think…...today’s oilheat

It’s no secret oil prices have been swinging wildly over the past number of years. But while oil prices go UP and DOWN, how often have you heard of a regulated gas or electric utility apply for a rate decrease?

Currently, electricity prices in Nova Scotia are among the highest in the country, only surpassed by those in Prince Edward Island. As well, the use of coal-fuelled electricity in Nova Scotia as a heating source clearly results in higher greenhouse gas (GHG) emissions than heating with oil. 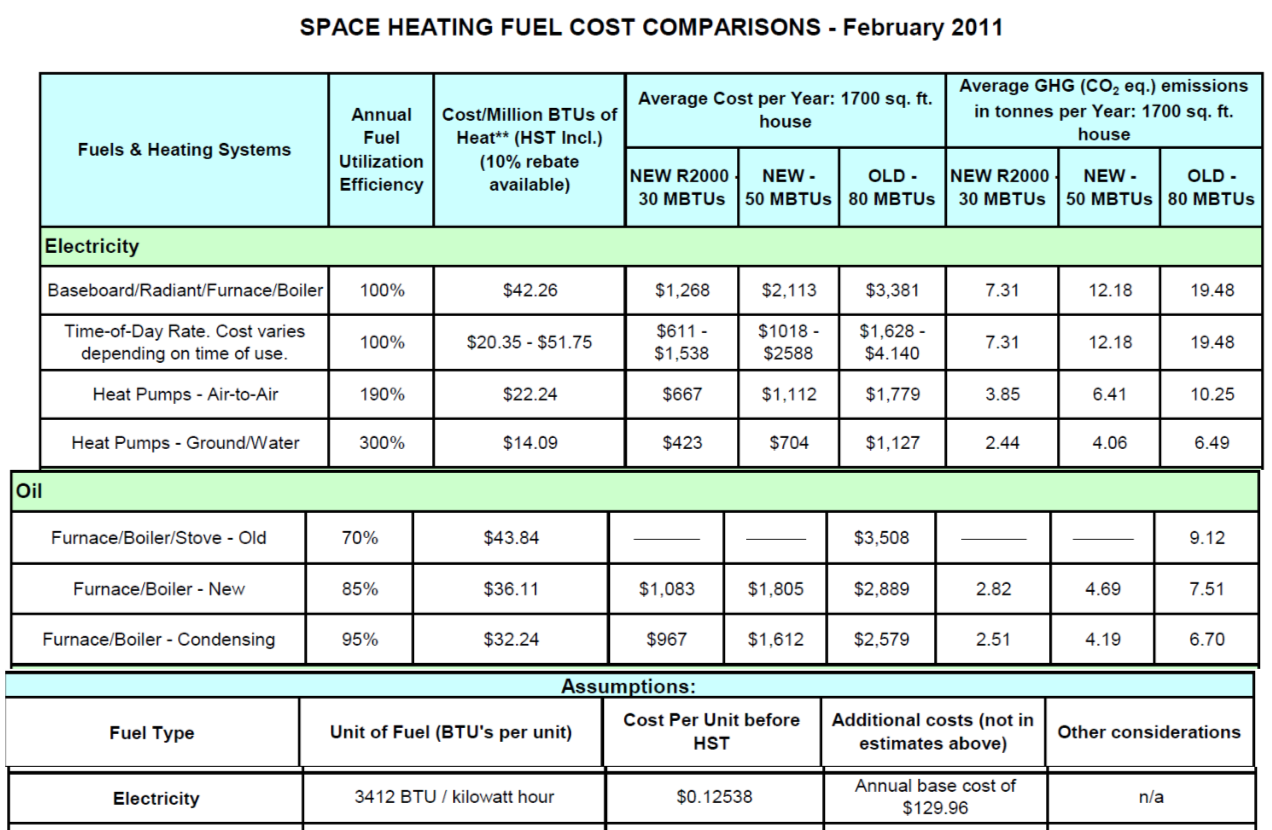 **Don’t forget to add in the ‘meter’ charges when calculating your true costs.

Currently, natural gas commodity prices offered by the gas utility have been artificially low to attract customers, even though the utility is losing money by doing so.

It’s hard to believe, but the province is allowing the gas utility to bank their losses in a special ‘Revenue Deficiency Account’ (RDA) so they can collect their losses from you at a later date. To date, these losses total over $40 million and the gas utility in Nova Scotia must recover the $40 million from their customers (that could be you) within 8 years as ordered by the Utility & Review Board. The losses must be paid off by 2019. Existing customers will have no choice but to accept any rate hikes that are needed, as no other company is allowed to deliver gas until the 25-year monopoly franchise period has passed. In New Brunswick gas customers are facing substantial rate hikes due to their ballooning Revenue Deficiency Account; some customers have begun to switch back to using oilheat.

And even though natural gas commodity prices have declined over the past few years, Nova Scotia’s gas utility continues to apply for rake hikes, year after year. As a matter of fact, their monthly meter rental charge (your cost for being their customer just like the electric utility) has increased 55% since 2003 and their delivery charge has increased 35%! More rate hikes are planned.

“No business can sustain itself by charging rates that are less than its costs…....Being able to phasing in the rate increases so in the first year we’ll narrow the gap between billed revenues and cost of recover the full cost of service in rates is critical to the continued healthy growth of the distribution franchise…....we’re service…...we project the revenue deficiency account will peak at $47.2 Million in 2012 and with the increases will come down by the end of 2013 to $45.8 Million”, said Heritage Gas company President Jim

Conversely, the price you pay for oilheat today reflects the real market price. As with all energy prices, some years are better than others, but we have no special revenue deficiency accounts and no ‘hidden’ increases on the horizon. You may not always be happy with your heating oil price, but what you see is what you get. And if you’re not happy, you can shop around to find another oilheat dealer.

‘Price spikes happen for all energy sources; both up and down. Oilheat and natural gas have always tracked one another and will continue to do so.’ (Source: Consumer Energy Council of America)